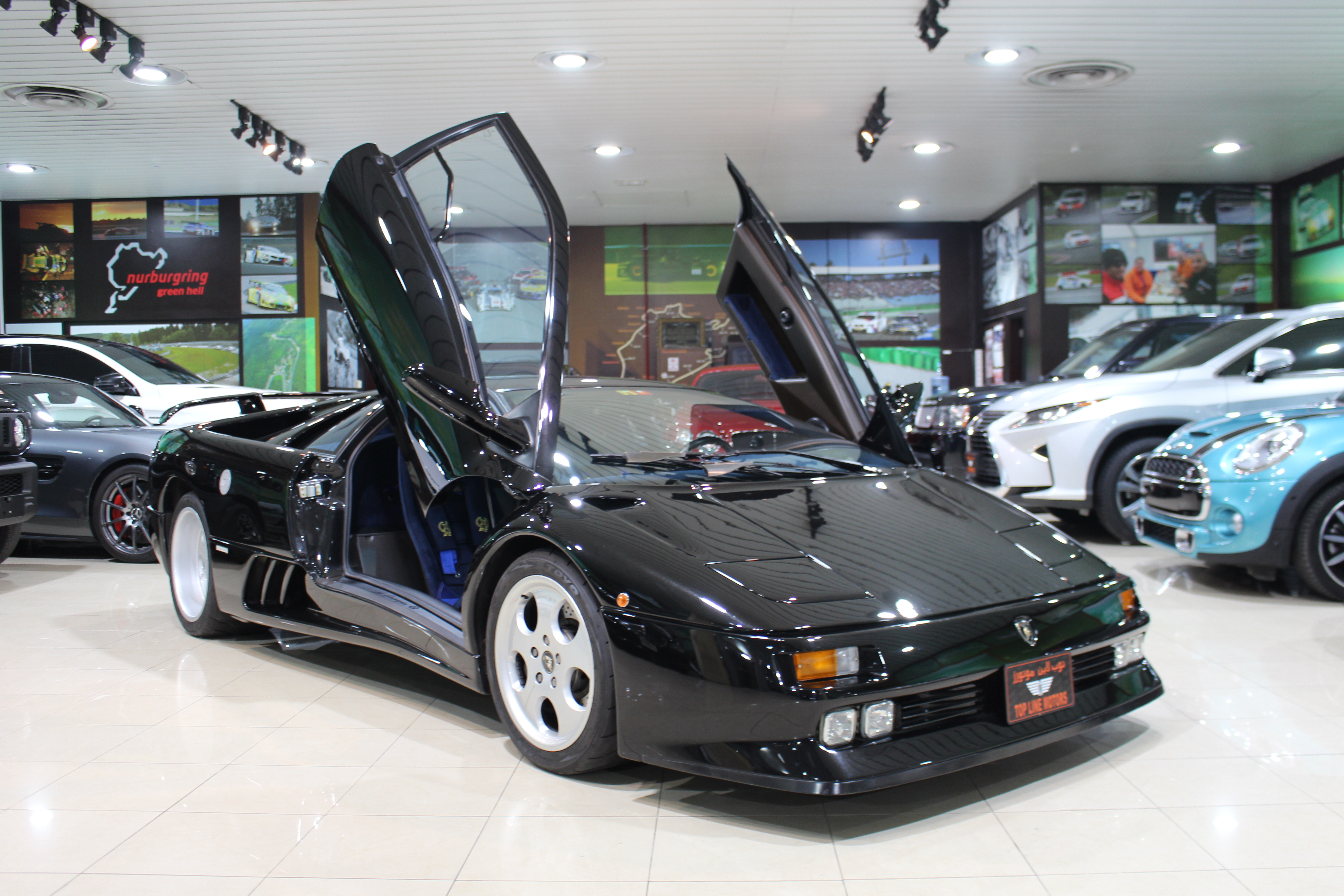 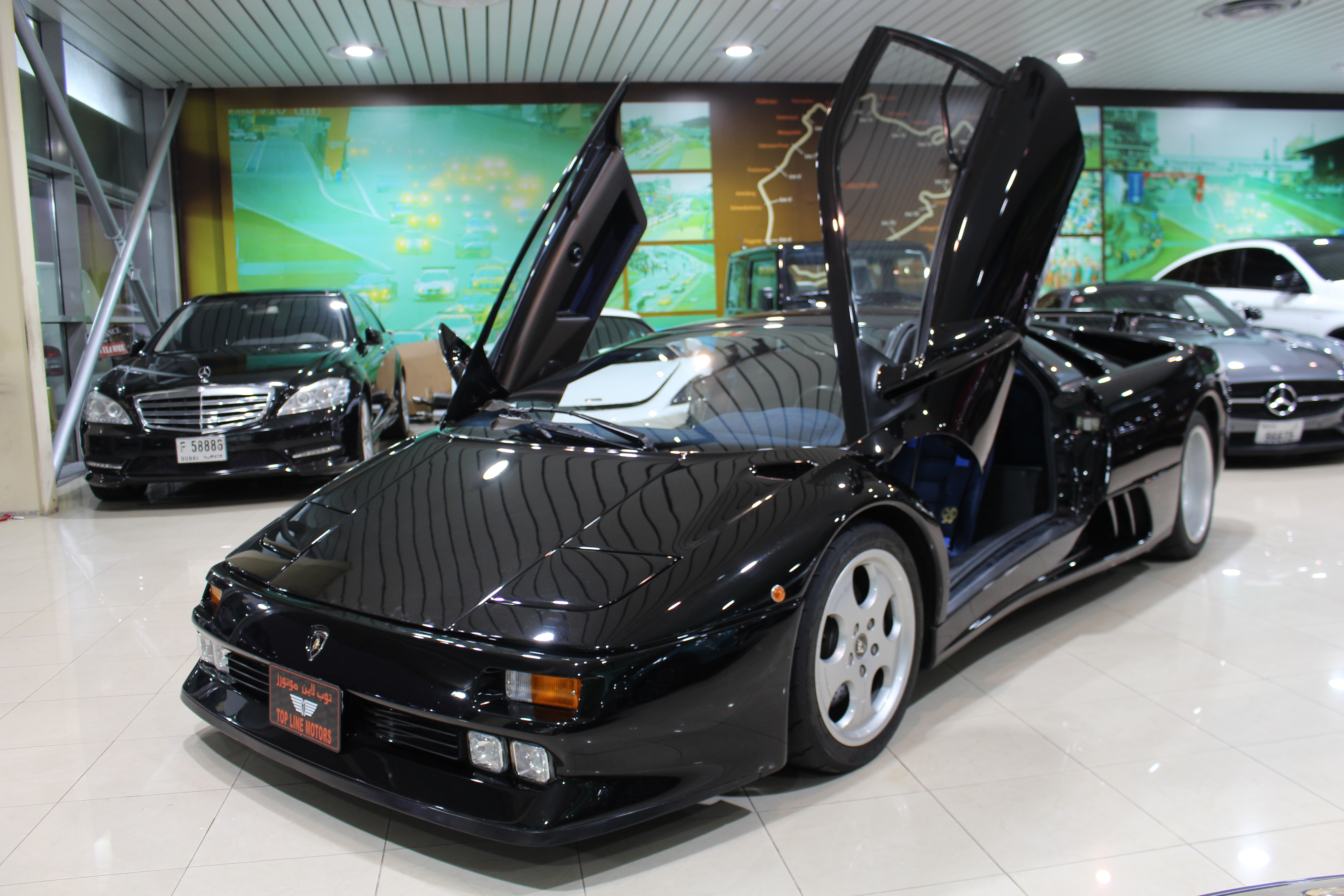 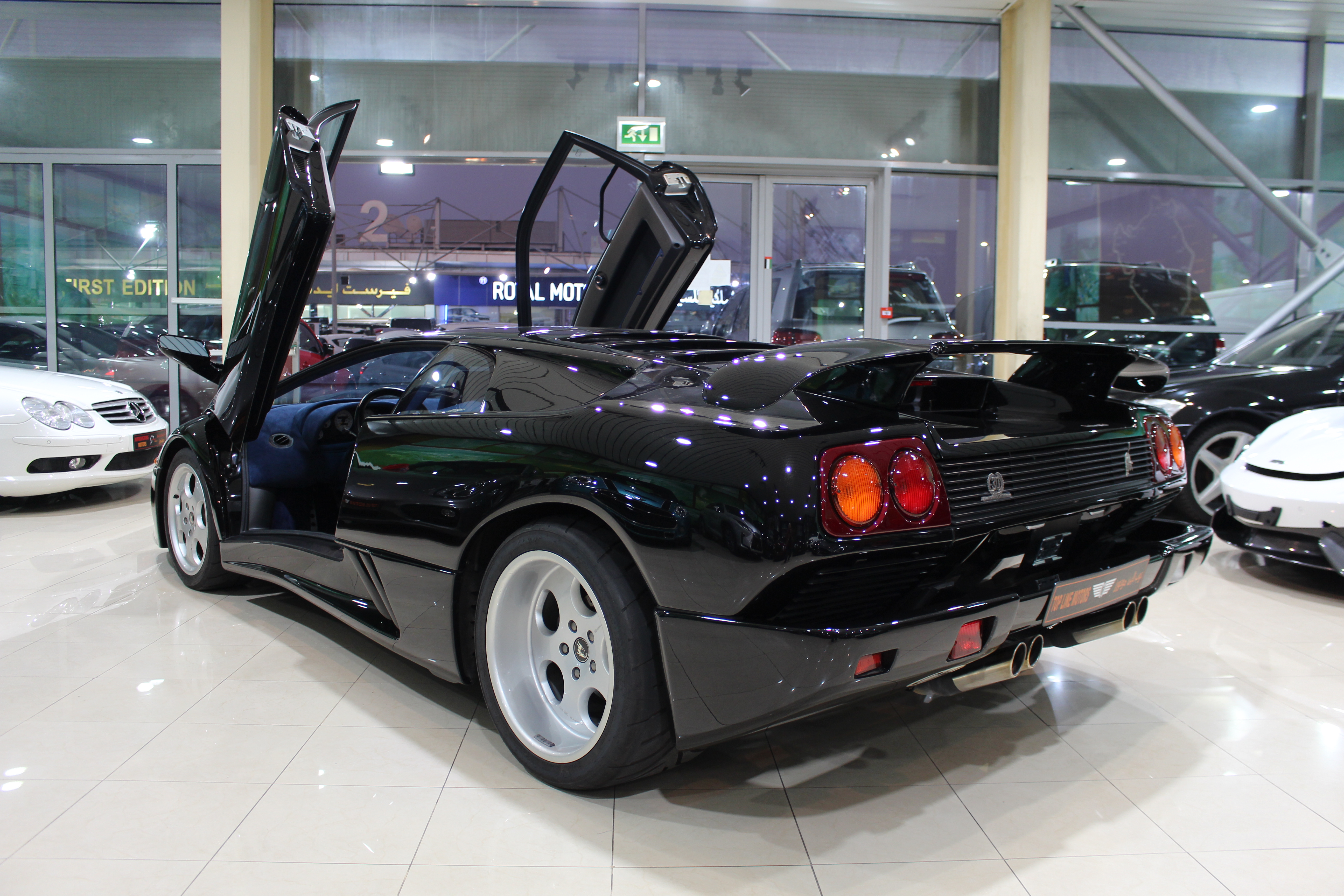 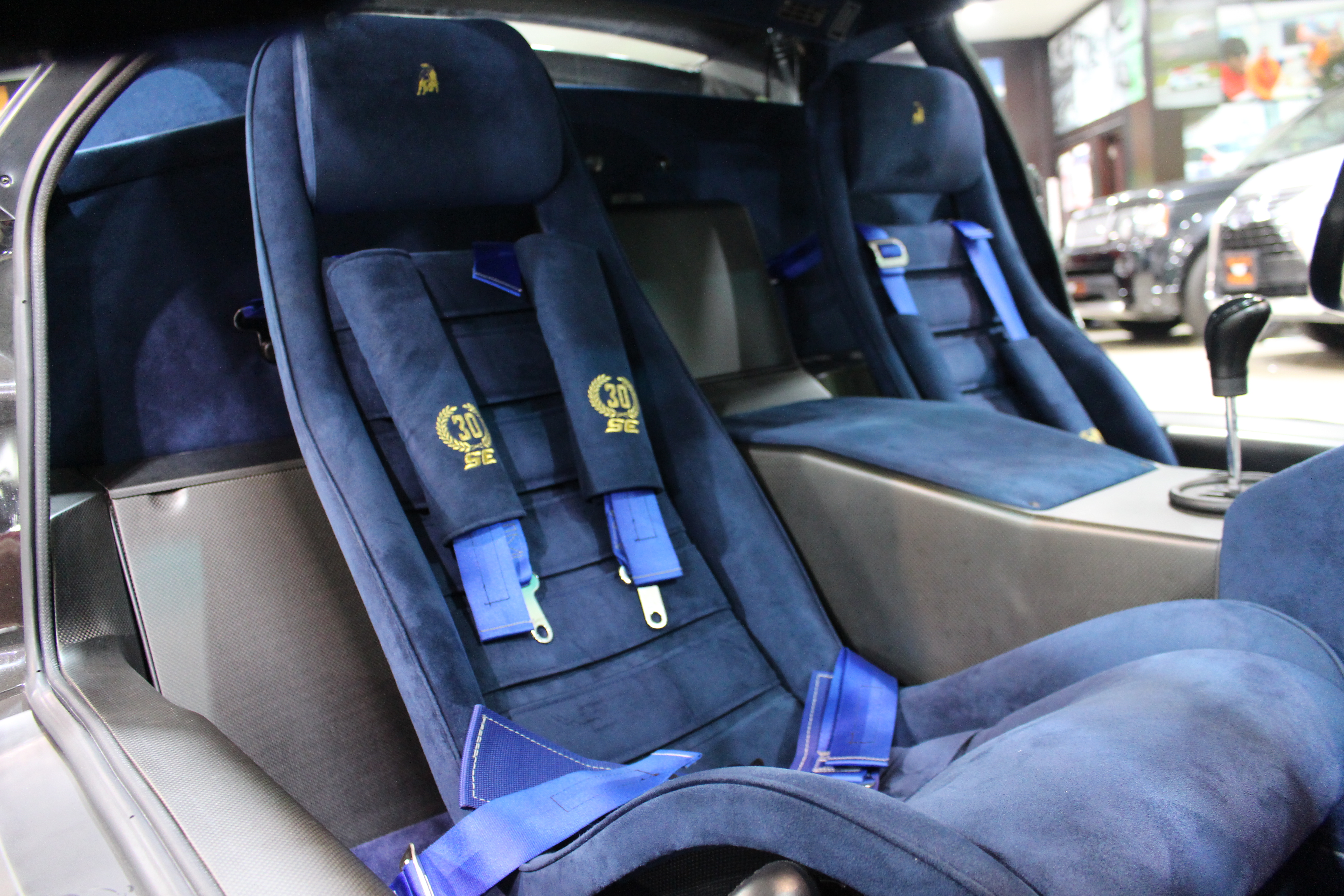 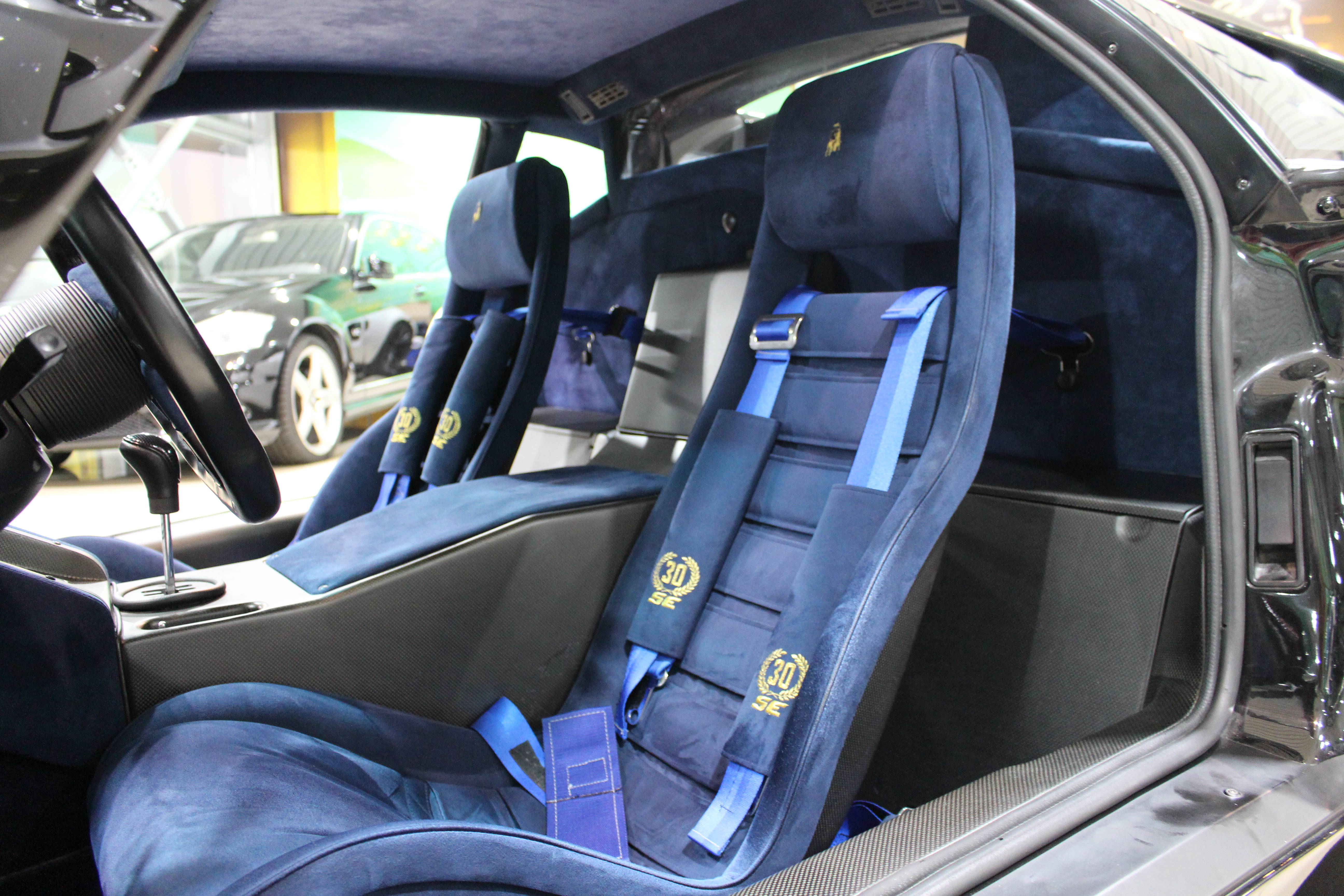 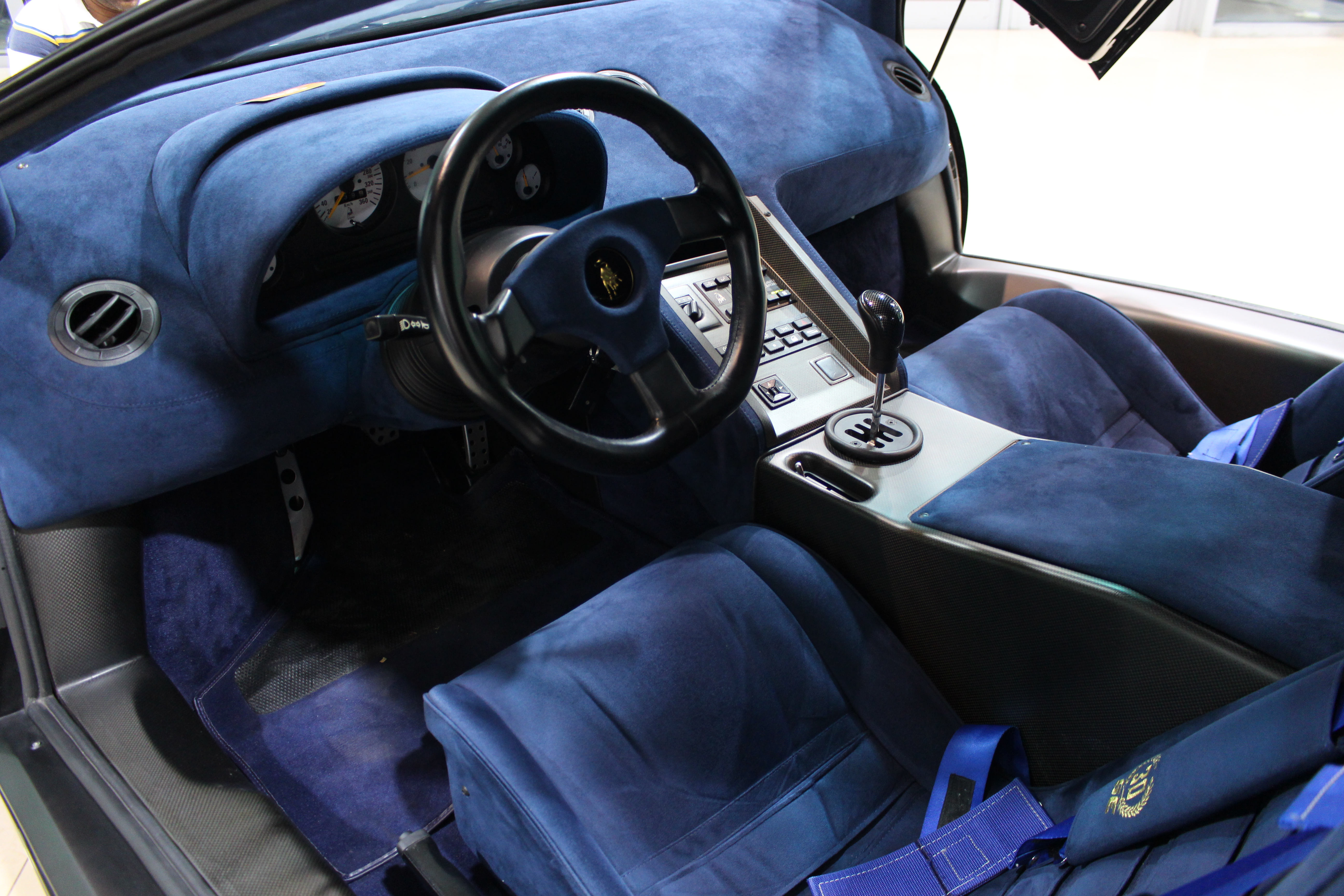 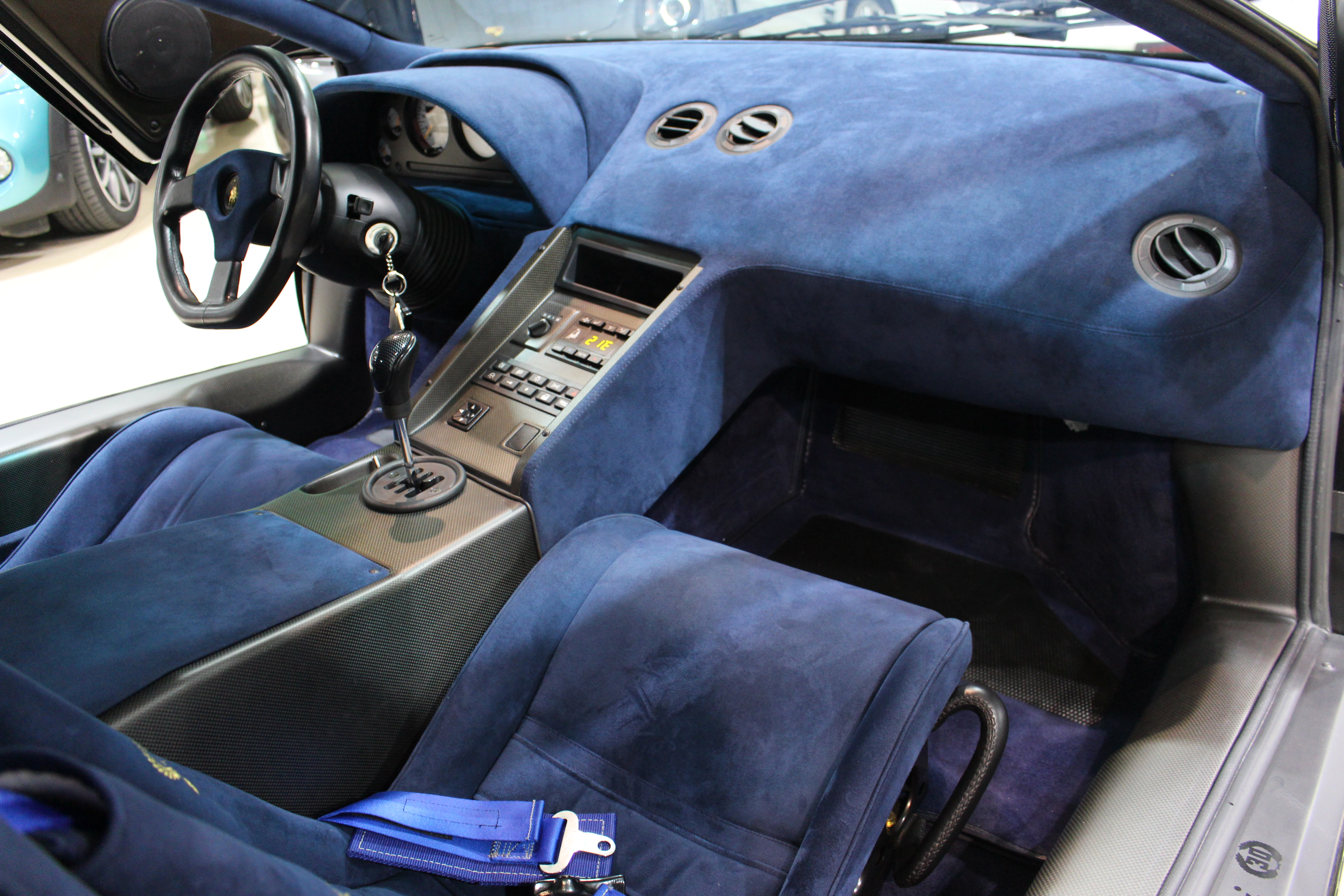 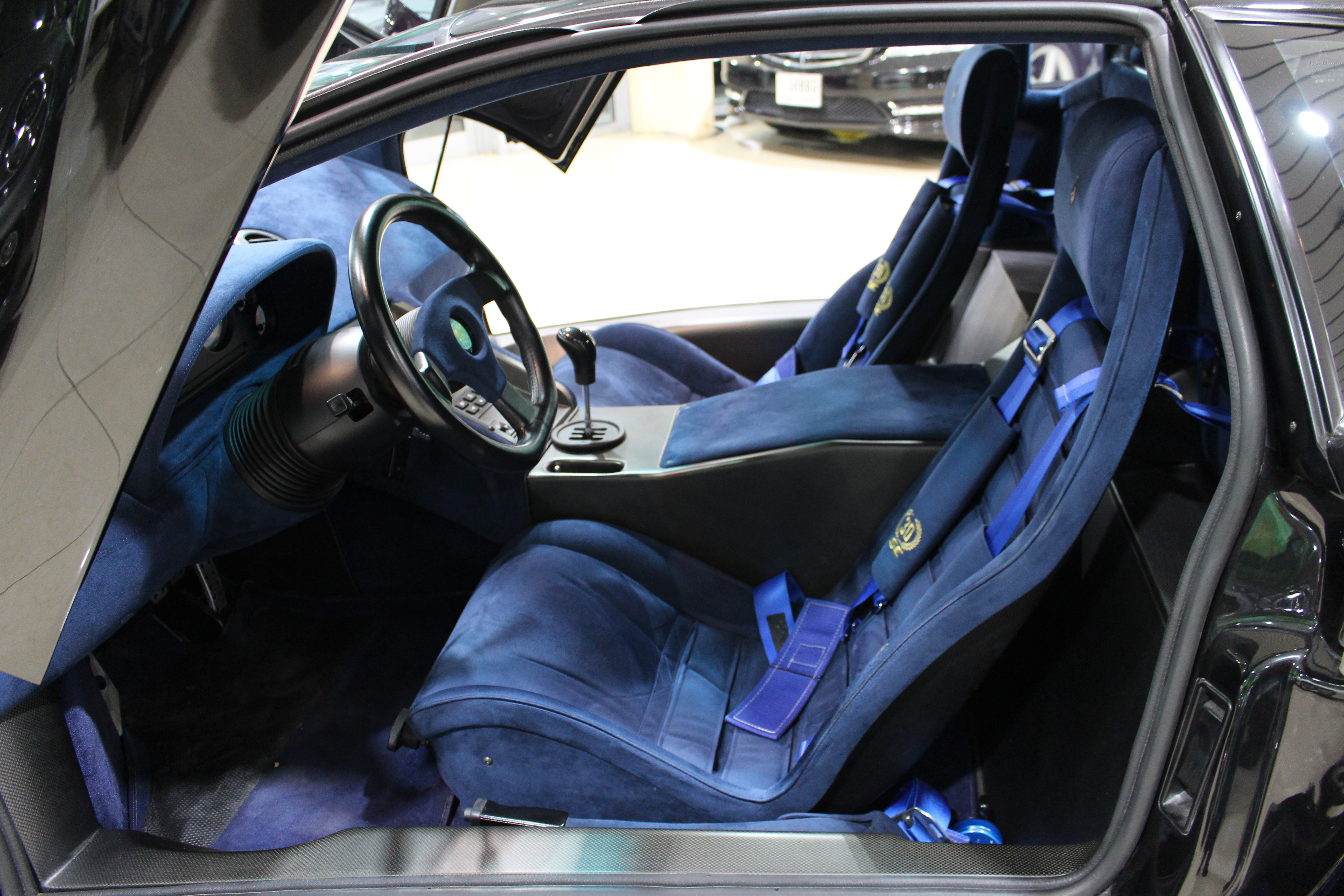 Lamborghini held off boosting the Diablo’s straight-line performance until the SE30 bowed in 1993 as a special-edition model celebrating the marque’s three decades. In the three years since the Diablo’s debut, the Ferrari F50 and Bugatti EB110 proved fierce rivals—the latter penned by Marcello Gandini. In response, Lamborghini boasted that the Diablo SE30 was essentially a street-legal race car with its substantially lightened body and a healthy 48-hp boost in power.

The SE30 retained Lamborghini’s legendary V-12 but featured a revised fuel system, magnesium intake manifolds, and a free-flow exhaust that combined to up its output to 525 hp. Unlike the Diablo VT, the SE30 was a raw, rear-wheel-drive machine.

Driver-adjustable sway bars controlled by a cabin-mounted switch transitioned the SE30 from firm to race-stiff. Lamborghini turned to carbon fiber for many of the SE30’s body panels, and the company used race-specification brakes to bring its lighter, faster Diablo to a halt.

Unlike some superlight models, the SE30 was the real deal. It weighed about 3,150 lbs., a savings of more than 300 lbs. over the standard rear-wheel drive Diablo and nearly 400 lbs. over the all-wheel-drive VT. Lamborghini also eliminated creature comforts such as air conditioning, power steering, the Alpine audio system, and the multi-adjustable leather seats. Purposeful carbon fiber seats fitted with four-point racing harnesses held the driver and passenger in place. Even the power windows were removed in favor of fixed plexiglass units with a sliding vent window.

While most of Lamborghini’s 30th birthday gifts to its owners were swathed in a decidedly period metallic purple. It is also believed to be the only remaining example in this stunning combination. The car was also fitted with air conditioning from the factory.

All original throughout, this rare anniversary edition Lamborghini is presented in factory-original condition. Compared to many of its limited-production contemporaries, such as the F50 and EB110, this pristine SE30 represents an excellent opportunity to acquire an otherwise undervalued supercar of the 1990s, and one that is rarer yet. The SE30 is also preferred by Lamborghini collectors compared to its AWD brethren, as it retains the raw and dynamic rear-wheel driving experience.

This exceptional Diablo SE30 includes all of its original tools, books, and its four-point racing harnesses. As is to be expected from its low odometer reading, the SE30 shows no signs of use and remains in extraordinary condition. As a celebration of Lamborghini’s 30th anniversary, this Diablo SE30 is a fitting tribute suitable for the most discerning collector.